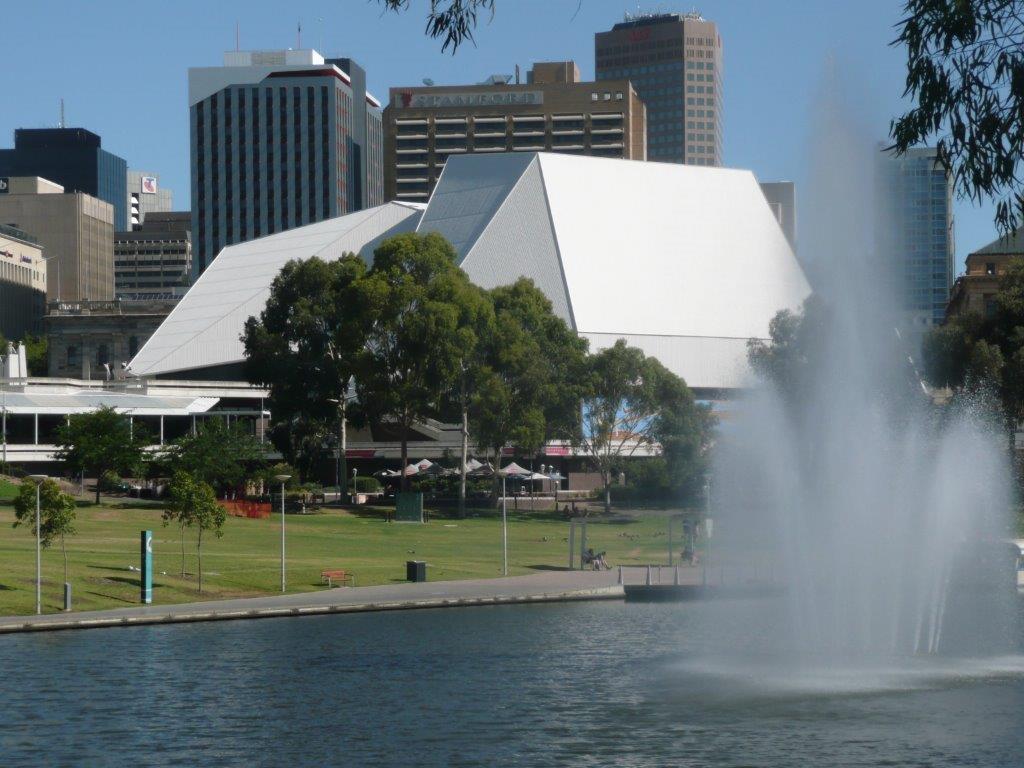 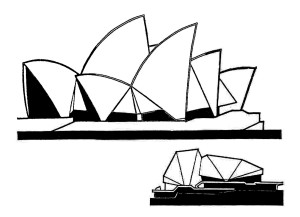 Mention the Sydney Opera House and people (particularly in Adelaide) tend to smile.  It’s a bit of a joke.

Mention the Adelaide Festival Theatre and they also smile, but for a different reason.

The traditional rivalry between Sydney and Melbourne was interrupted by a challenge from, of all places, Adelaide.

If the achievements of the two buildings are to be compare, however,  it is important to understand the basis on which the comparison is to be made.

They are both designed for the performing arts, and both have two theatres with comparable capacities.  But that is where the comparison should end.

In most other respects they have been designed on the basis of an entirely different set of conditions. 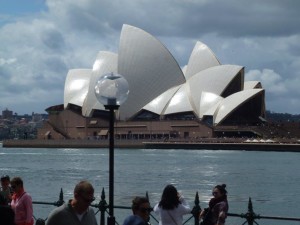 The most beautiful building design?

To start with Sydney set out to create the most beautiful building in the world to mark the growing wealth and sophistication of Australia’s oldest and largest city.

For this they allowed an optimistic budget (in 1957) of £3.5 million prepared on an extremely vague brief.

A world-wide competition which attracted more than 250 entries culminated in an almost mythological incident in which, from the designs which had been discarded, one of the assessors plucked the now famous wing like shells submitted by Joern Utzon and declared the entry to be the winner.

Benelong Point, the finger of land stretching into Sydney Harbour, demanded the image of an extraordinary building.  It was obviously this image which captured the imagination of the people of Sydney and for a while the relationship between form and function was forgotten.

Few would deny that his goal has been achieved even if it did cost $100m.  In fact, Sydney is  now one of the few cities in the world which is associated with a twentieth century building.

Starting a building project with a dream or programme

This bizarre start to the 16 years of wrangling which followed is like a fairytale in comparison with the studied process of proposals in Adelaide beginning in 1965 for the construction of a Festival Hall on the Carclew site to the eventual decision to build a multi-purpose theatre in Elder Park and the commissioning of Adelaide architects to prepare a design.

The important difference seems to be that Sydney started work on a dream and Adelaide on a programme.

Initial construction work on the Opera House had to be demolished when it was discovered that the roof as designed was beyond the capacity of the present-day engineering science to build.

This was but one of the technological problems that arose.

Utzon solved them usually by unconventional means and invariably at enormous cost.  Sydney people wanted their harbour to have a beautiful building and they undertook to pay for it largely by means of  lottery tickets costing £3 each with a prize of £75,000 every 10 days.

When Utzon was pressed for a completion date he cited the fact that Chartres Cathedral took a century to build.  When he was pressed for money Sydney gave it.  He and Sydneysiders were intent on building the eighth wonder of the world.

By comparison the people of Adelaide sought to establish a home for an image which already been created, that of a Festival City.

In keeping with the relatively modest budget of $10.4 million, considerable effort was made to achieve a building which would have a wide range of uses.  This has obviously been achieved with a bonus in that the image, although not strong enough to achieve world wide recognition, is sufficient to associate Adelaide with the Arts.  It was also completed in less than three years and financed without the glamorous fund-raising methods used in Sydney.

In the long run, both buildings will probably contribute a great deal to their cities, but in many respects for different reasons.

A comparison of their achievements must be made in the light of the total equation.